PPL 436 covers an area of 13,362 km2 onshore and is located in the southern foreland of the Papuan Basin in Western Province. It sits to the south east of PPL 435 and is close to the south coast of PNG and has good access via the Fly River.

PPL 436 overlies a complete Papuan Basin sequence with reservoir targets in the Darai, Base Cretaceous, Toro, Imburu, Koi-lange and Magobu. The southern flank of the licence has been affected by the Coral Sea tectonics with large down to the south faults setting up large trapping potential for the aforementioned reservoirs.

A significant oil seep was discovered at Panakawa in 2005. The seep confirmed a steady flow of non-biodegraded oil at an approximate rate of 5 barrel of oil per day at surface. This seep confirms an active oil kitchen very close to or underlying eastern PPL 436.

In 2009 a large regional aerogravity and aeromagnetic survey was flown by Sasol. Aramia-1 is the only well located within the licence but good well ties are possible from Adiba-1 to in the north east and just outside the licence. Aramia-1 drilled in 1955 without the benefit of seismic interested oil shows and all primary reservoir targets of the Papuan Basin. Morehead 1 and Mata 1 to a thickening depocentre to the south of the Fly River Fault. 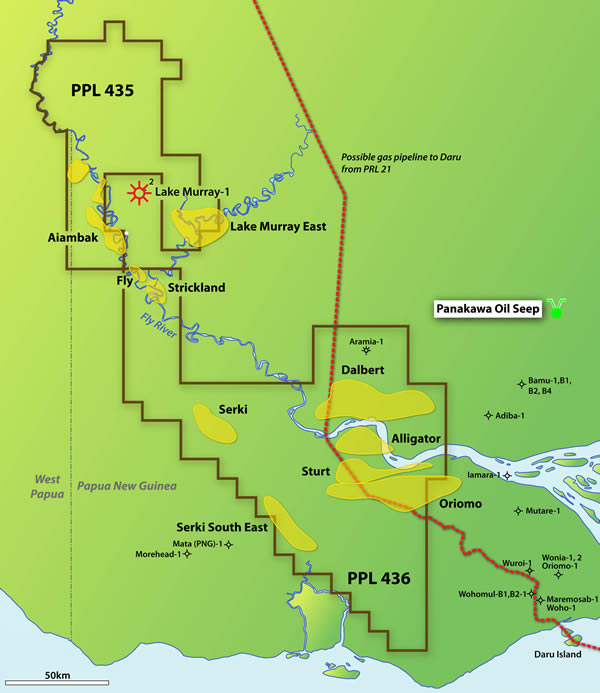