A range of oil and gas projects in Papua New Guinea

• Kina Petroleum Corporation (ASX: “KPE”) has participating interests in Petroleum Retention Licences (“PRLs”) 21 and 38 and in ten exploration licences (PPLs) across PNG with one APPL pending. Kina has made an application for APPL 611 which is an eastern extension of PPL 436;

• These projects are located in onshore PNG and cover an extensive area of almost 30,000 km2 of prime oil and gas exploration acreage;

• PRL 21 is in the Western Province of PNG covering an area of 730 km2, and contains two wet gas discoveries appraised by the Elevala-2, Ketu-2 and Tingu-1 wells drilled from late 2011 through to late 2013. The sizeable gas and condensate resource led to the submission of a development plan in March 2014 and the Joint Venture is now focussed on optimising the development plan to accommodate current oil prices;

• The southern licenses are proximal to proven production, infrastructure and recent major discoveries. They surround the giant Elk/Antelope fields (> 6 tcf Sales Gas & 150 mmbl Condensate) which are operated by Exxon Mobil after initial discovery by Interoil; 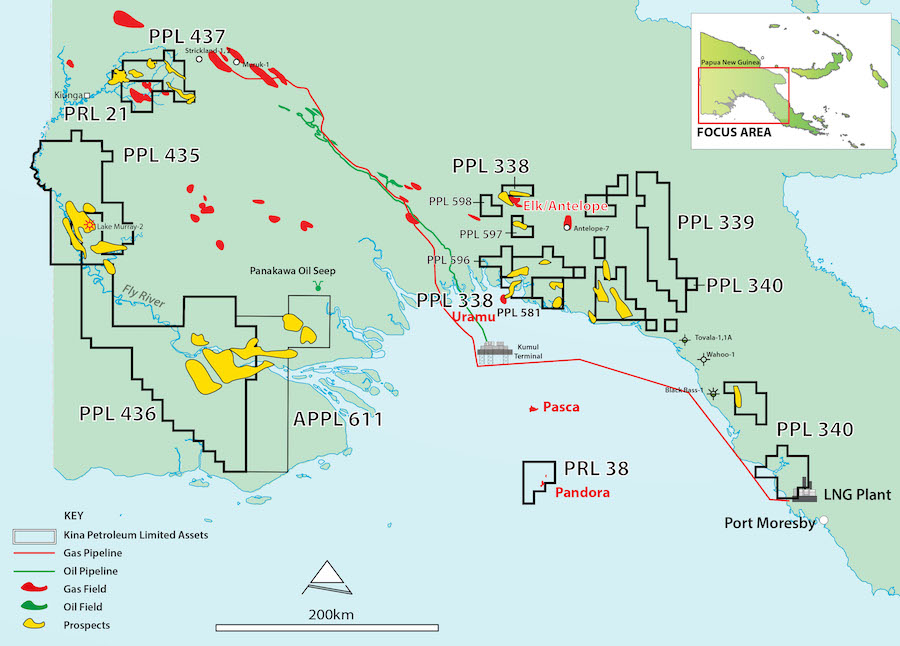